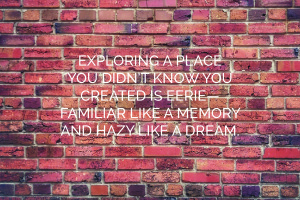 I spent my morning in bed reading half-finished projects and blowing my nose. I like boundaries, but I also like transparency and I haven't shared anything here in a long time, so I continued this piece from almost three years ago and I just am going to leave it here and let that be okay. WRITTEN OCTOBER 2016: I didn’t realize I had built a wall around myself until I started dating a bearded man on the other side of the country. We spent hours on the phone sharing and over-sharing. He … END_OF_DOCUMENT_TOKEN_TO_BE_REPLACED

I really loved October 31 when I was a kid because my family celebrated Halloween by uncelebrating. Growing up in an apocalyptic religious cult means holidays are … interesting. Halloween was the devil’s holiday. Obviously. There would be no costumes. No trick-or-treating. No jack-o-lanterns. Not even a “harvest party.” Even so, I lived for Halloween. My best friend’s family would come over with candy and snacks and her crew and my crew would pile into the downstairs living room … END_OF_DOCUMENT_TOKEN_TO_BE_REPLACED 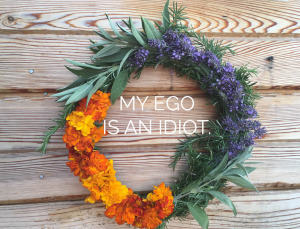 I signed up for invisible aligners (ie: braces) two weeks before I decided I was going to cut single-use plastics out of my life. I have banished so much plastic from my home and my habits—all while wearing plastic aligners on my teeth. The absurdity is not lost on me. Disclaimer: I am cautious not to become a purist or a zero-waste evangelist. I have alienated too many people too many times just by sheer enthusiasm and I am not inclined to do it again. I want to see more people reduce their … END_OF_DOCUMENT_TOKEN_TO_BE_REPLACED 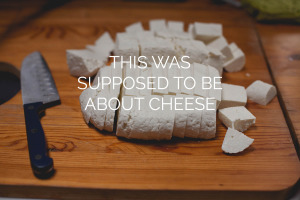 The last time I wrote here was almost a year ago—the day my Gramma died. I don't really process my life unless I'm writing. Writing about Gram was necessary that day last March. Writing and sending it out into the world gave me space to grieve. Gave me a place where others said things like, "I've been there, too" and "thinking about you." But since then, I have sort of ignored the processing part of my life. I still write notes and scribble ideas, but I haven't sat and really torn it … END_OF_DOCUMENT_TOKEN_TO_BE_REPLACED 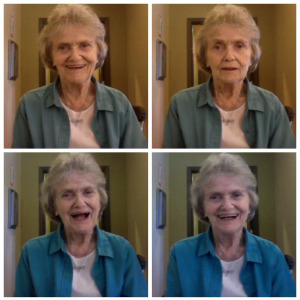 Gramma wasn't particularly cozy. She didn't snuggle and she never spoke softly. She shouted and she read lips. She would hug and kiss you and then ask about school and work and tell you to eat a snack or something. She was intimidating. And I respected the hell out of her. She died this morning and I found out at 9 a.m. At 10 p.m. my brain stopped hiding from the pain and I haven't stopped crying. Grief can be a real asshole. I've been missing Gramma for a couple years … END_OF_DOCUMENT_TOKEN_TO_BE_REPLACED 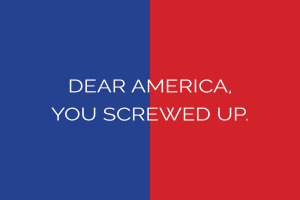 Dear America, You did this to yourself. You built this nation on stolen land. You built it on the backs of slaves. You deserve this. You deserve to see what your racism and sexism and xenophobia have created. But do you know who doesn't deserve this? My black nephew. My immigrant neighbors. My trans coworker. My gay friends. My very first roommate. My very first crush. The black man I just went on a date with. My best friend's husband. Every person who has a vagina. We … END_OF_DOCUMENT_TOKEN_TO_BE_REPLACED 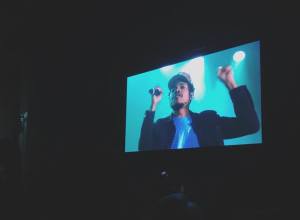 I do not go to shows anymore unless I for sure have an assigned CHAIR. The idea of pressing into a dark, sweaty and horribly loud venue with hundreds of we-are-barely-even-adults makes my skin crawl. How did I get this old? But last Sunday a friend posted that he had Chance the Rapper tickets. This was the exception. If I had the opportunity to just be in the same room as CHANCE THE RAPPER I needed to seize it. Let’s rewind a minute: I like music. Sometimes I even love music. I … END_OF_DOCUMENT_TOKEN_TO_BE_REPLACED 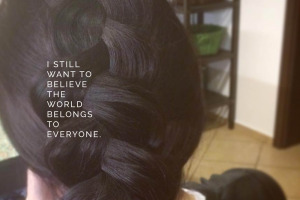 Originally posted at SheLoves Magazine. Like most children, my first friends were sort of chosen for me—little blonde girls at church whose parents were friends with my parents. But I remember my very first friend who I chose for myself in grade two. Jasmeet joined my class a couple months after school started. I swear she had a smile you could see a mile away and her jet black hair swished across her back in a braid thicker than my arm. Two weeks after she joined our class the … END_OF_DOCUMENT_TOKEN_TO_BE_REPLACED

I had to put my summer existential crisis on hold this year. Usually August and September fill up with questions about why I am here and what am I even doing with my life? I wander into churches and bookstores trying to find answers. I start squirreling away my tips and planning international adventures and announcing I am finally REALLY going to work on my book. I often start questioning all my relationships and asking obnoxiously deep questions of my friends. This year all of those … END_OF_DOCUMENT_TOKEN_TO_BE_REPLACED 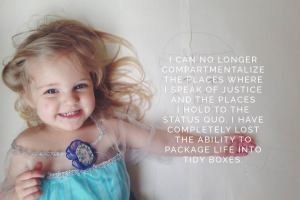 Originally posted at SheLoves Magazine. Today the six-year-old told her sister to feel her armpit. She was sweaty and wanted to prove it. I told her, “Chickadee, you do not get to force other people to touch your body. That is not ok. And, also, nobody on earth wants to feel your armpits.” She defiantly announced, “She did want to! She did it. And that means she wanted to.” “That isn’t the same thing. Convincing someone to do something they didn’t actually want to do is called … END_OF_DOCUMENT_TOKEN_TO_BE_REPLACED 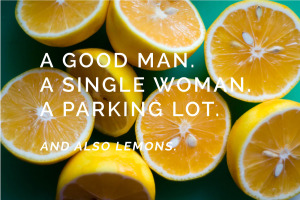 I met Mike in a grocery store parking lot. Well not really. Let's start that over. At 8:30 in the morning I went to the grocery store to buy white conditioner and lemons to turn my periwinkle blue hair back to gray/silver like I had intended. (Did you know you could do that? Fix blue hair? It's magical, I tell you.) The lot was nearly empty and I whipped into the parking space too fast, but so did the man in the green Saturn pulling in quick beside me. I thought I recognized the man … END_OF_DOCUMENT_TOKEN_TO_BE_REPLACED 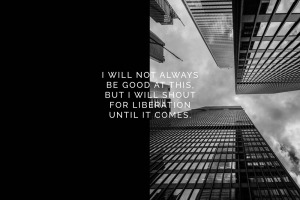 Originally posted at SheLoves Magazine. I want to say everything and nothing, all at once. My country feels dangerous right now. And because I am white I did not notice the danger until 22 years into my privileged life. At 22, I was living in a primarily black neighborhood in New Orleans. My black nephew was two years old. I saw him in the faces of the kids on my block. I was barely starting to see the disparity between my life and the lives of my neighbors. Barely. Starting. … END_OF_DOCUMENT_TOKEN_TO_BE_REPLACED 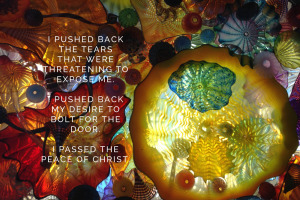 Originally posted at SheLoves Magazine. On Sunday I went to a church service for the first time in two years. My wallet was stolen the night before and in the morning I woke up to news of the mass shooting in Orlando. I was raw. I was broken. And I had my first Sunday off in months. So I walked to church, making sure to be five minutes late so I could sit down in the back and be anonymous. I thought I might splinter into a million pieces. The air seemed heavy, like an August … END_OF_DOCUMENT_TOKEN_TO_BE_REPLACED 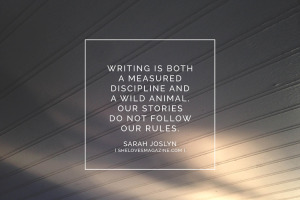 Originally posted at SheLoves Magazine. Being a writer is like being a lion tamer. Minus the chance you could get mauled to death. If you are a writer you know exactly what I am talking about. Writing is the wild act of wrestling ideas to the ground and then, somehow, fashioning those ideas so they make some kind of logical sense to another human, all the while, using hundreds of little black lines and squiggles on a white backdrop. My coworker and I have started exchanging writing … END_OF_DOCUMENT_TOKEN_TO_BE_REPLACED

Let’s talk tiny houses for a second. Living in a tiny house is not for the faint of heart. When people ask me what it is like to live in a tiny house I usually reply, “It is like living in a shoe box. With the shoes.” For the record, I have zero regrets about building Midge. When people ask about what it is like to “go tiny” I always laugh. I didn’t downsize at all. I gained my very own bathroom and my very own kitchen. In my life I have only ever occupied a single bedroom. I … END_OF_DOCUMENT_TOKEN_TO_BE_REPLACED