I should have written about how a month ago my incredibly talented brother spent two 10-hour days teaching me how to frame my tiny house. My amazing sister Adina also worked her butt off building with us.

Early on Saturday, Sept 20 Adina and I drove over to Gray Lumber to pick up a couple dozen 2x4s and 2x6s. Gray is a little more expensive than Home Depot, but guys, local business. I decided if I really believe in this whole sustainable living experiment, then I was going to really believe in it. Supporting my neighborhood lumber yard needed to happen. 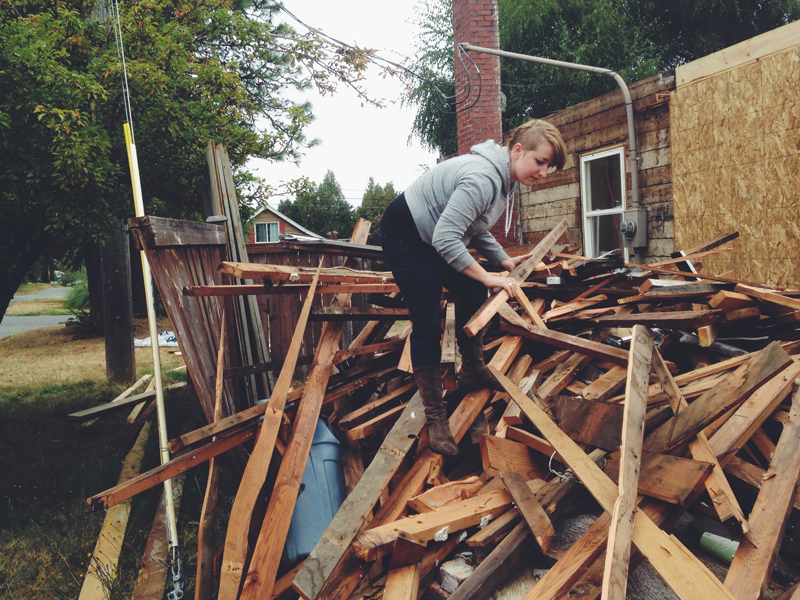 Because I’ve salvaged so much, our trip to Gray Lumber cost less than $300. Yippee!

We planned to just strap everything really tightly to Adina’s little bitty pickup, but the guys at Gray didn’t feel like it was very safe and one of their customers offered to help. Turns out he and Adina already knew each other. David is a stand-up kind of guy—he was on his way to do some volunteer construction, but took a little detour to deliver lumber to us. I love my city. 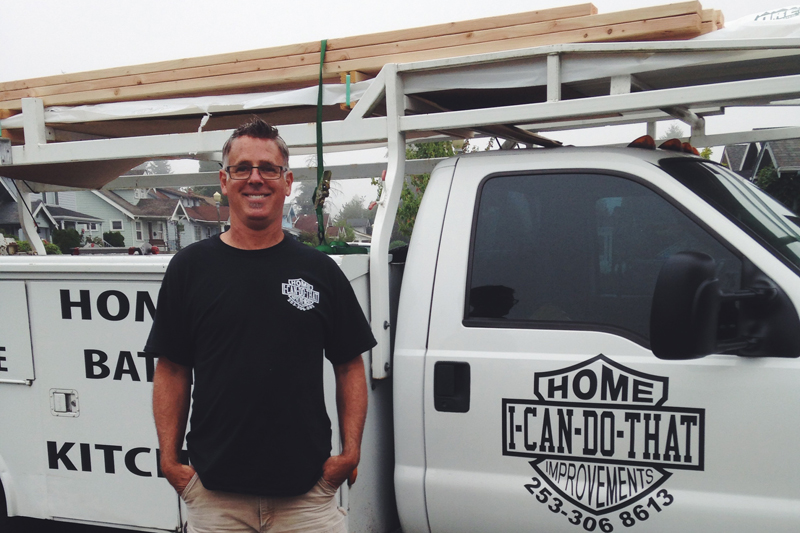 Doesn’t David look like the NICEST guy? Probably because he is.

My brother was able to borrow a truck-load of tools from his work and we got right to the subfloor. I decided to put my original deck boards back on my trailer because they are a composite material that will never rot. we lined the deck with plastic and framed in a subfloor. A couple dozen lag screws and L-brackets later and that floor is NEVER going to come off the trailer deck.

Oh hey, and remember that insulation I bought for $50? I finally got to use some of it.

It’s only a subfloor, but I already realized that the best way to build a house is to have a brother who knows what he’s doing. No joke.

So, this isn’t a how-to blog, because I don’t really have that kind of time and I don’t think anyone would choose my building plans and ideas over a much smarter, more talented builder.

This is the short version:

After the subfloor things started cruising. We framed walls, I learned about framing doors and windows and the difference between king studs, jacks, cripples, top plates, headers and sills.  I owned that chop saw. I beat the crap out of a mending plate and I wielded both a framing nailer and a hanger nailer. Boo ya! 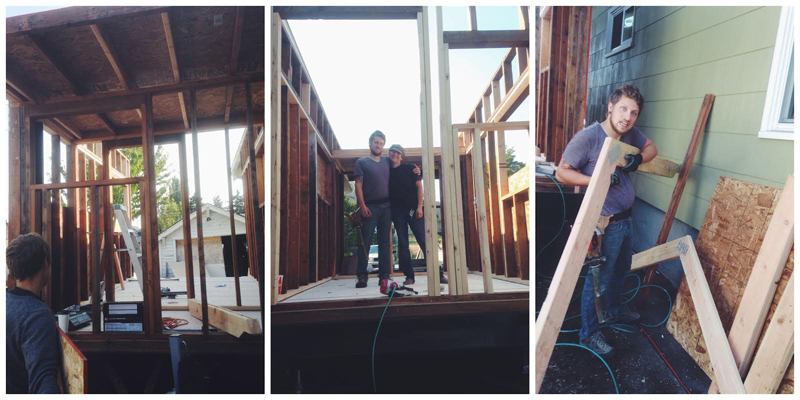 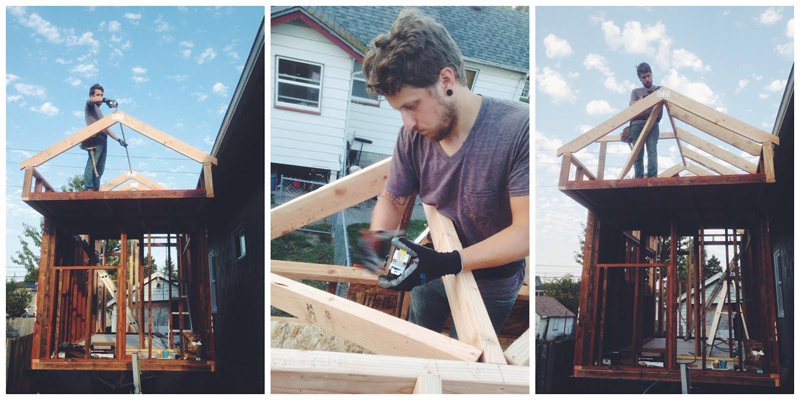 Also, my brother is a rock star. Can you tell?

Since that framing weekend my sister Adina and I have gotten a bunch more finished, but I’ll have to blog more about that later.